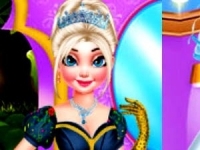 The adorable Princess Elsa is respecting her cultures and also need some changes in the old rules. So, let’s decide you want Elsa to be the royal princess or the modern princess. This is time to choose the how will be the Elsa will look like in future. Have a great Elsa fun! Play Royal Queen Vs Modern Queen online at friv99.com. You can play it in fullscreen to have fun with it. Royal Queen Vs Modern Queen is a great Friv 99 game to play with no cost.

Use Left Mouse button to Dress-Up,