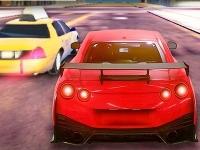 Get ready! We are starting a very very long adventure! TM Driver is beginning on a huge map with tough missions and super gifts. It is very important for you to complete these missions to be accepted to a racing crew. You unlock super cars' by completing missions and you can increase your chance to win on the next mission. TM Driver is a terrific game which you can play for free in in friv99.com. With TM Driver game, we supply many cool Friv 99 games to play at no cost.

Use Arrow keys And WASD button to Drive, Use Spacebar button to Brake, Use C button to Change camera,