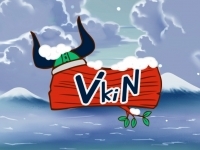 89%
Instructions
How to Play?

Defeat your enemies in a man to man duel. Select "Battle" to fight with your friend or choose "Single" to play against AI. Enter to enjoy playing Viking game without any charges at friv99.com. Viking is one for our amazing Friv 99 games to play and having fun.